Top 5 Marketplace Takeaways of the Week #9

Welcome to this week’s round-up where we take a look at Amazon’s £600m public sector deal in Yorkshire, its new Prime Video interface, eBay’s new image search feature and more! 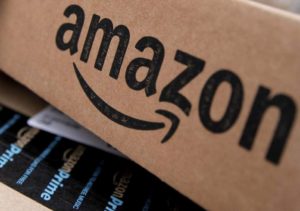 Amazon has made its move into Britain’s public sector procurement market with a £600m deal. The deal will mean Amazon will be selling a vast array of items such as paper clips and bandages to schools, social care providers and emergency services in Yorkshire. This deal represents Amazon’s first major public sector contract in the UK and means public bodies in Yorkshire can buy anything from the ‘one-stop-shop’, simplifying the existing procurement system which currently involves numerous suppliers. The deal is initially for 5 years and it covers education, emergency services, local government and social care across 13 local authority areas. Whilst this may be the first deal of this type in the UK for Amazon, it certainly isn’t its first as a company, having already struck up a number of similar deals in the USA.

It has been rumoured that eBay is looking at relaunching its operations in the Indian market following the Walmart-Flipkart deal. eBay had merged with Flipkart last year, however, it has now cut ties following Flipkart’s deal with Walmart. As a result, eBay is now in talks with other e-commerce firms including ShopClues. Before being merged with Flipkart eBay had gained a 4-million strong customer base, which it is hoping it can win back. An eBay spokesperson has said: “we plan to relaunch eBay India with a differentiated offer to focus initially on the cross-border trade opportunity, which we believe is significant. We believe that there is huge growth potential for e-commerce in India.”

The latest developments for eBay’s app

eBay has revealed some developments to its mobile app which are designed to help shoppers find similar items for sale using image search. The new visual search feature will be available on the eBay app for Android and iOS in the US, UK, Germany and Australia and will launch at some point this month. Further developments are expected to this feature after it has launched, so it will be worth keeping an eye out for these. Seema Jethani, Product Lead, Search Platform for eBay has said: “When we introduced Image Search last year, we used a computer vision to make it easier to find like items from the world around you in our global marketplace. Now, you can explore our marketplace further with just a swipe of your finger. As we continue to make the entire internet shoppable using computer vision, we’re evolving the search experience on eBay to help you more easily find what you want. Starting in August, our new visual shopping feature allows you to drag an image to the search bar to find more items that look like the image that you love.”

It has been announced that Amazon is to begin rolling out collaborative wish lists for consumers, something that has been requested many times but has until now been overlooked. The collaborative wish lists will allow users to build their lists with friends and family which is ideal for putting together birthday or Christmas list ideas, or for getting a list together of all the items required for an upcoming party for example. This isn’t just a feature Amazon has added to make its customers happy, it has added this as an attempt to keep people shopping within Amazon and not leaving and ordering elsewhere. If people are able to work together and share lists with each other, there is more chance that the item will be bought on Amazon. Amazon’s profit hit a record $2.5 billion Thursday, the third straight quarter of the company hitting more than $1 billion in profit.

Starbucks to team up with Alibaba

It has been reported by the Wall Street Journal this week that Starbucks is teaming up with Alibaba’s food delivery unit, Ele.me, to deliver coffee and snacks to Chinese consumers later this year. An Alibaba spokesperson has said: “Alibaba and Starbucks are always exploring new ways to deepen our long-term partnership in China.” China had been Starbucks’ biggest growth driver of late, however, same-store sales in the country fell 2 percent during the last quarter amongst competition from home-grown start-up Luckin Coffee. This news had been rumoured for a few weeks with outgoing executive chairman at Starbucks, Howard Schultz, hinting that a potential partnership with Alibaba would help the company boost its online coffee sales in China.