Top 5 Marketplace Takeaways of the Week #16

Welcome to this week’s round-up where we take a look at eBay’s accusation that Amazon has been using a scheme to tempt sellers to use its platform, Amazon’s private label growth, Facebook’s smart speakers set to rival Amazon Alexa and Google Home and more!

eBay has accused rival Amazon of using an ‘unlawful’ scheme to tempt its sellers away and to start using Amazon. eBay has issued a cease and desist letter which alleges that ‘Amazon had used its internal messaging system to repeatedly contact traders.’ eBay has also issued a warning that it will take appropriate steps to protect itself from Amazon’s tactics, whilst Amazon has responded by saying it had ‘started a thorough investigation of eBay’s claims.’ eBay has claimed that around 50 Amazon employees had sent ‘more than 1,000 messages to regular traders, suggesting that they abandon eBay and instead sell via the retailer.’

Facebook has announced that it is to enter the smart speaker market with two new devices, Portal and Portal+. These two devices are designed to directly rival Amazon’s Echo devices, Google’s Home devices and Apple’s HomePod. Where Facebook has tried to differentiate itself is that its emphasis will be on video calling, linking into the user’s Messenger contacts to start video chats. Whilst the Portal and Portal+ themselves will rival Amazon’s Echo devices, they will actually utilise the Alexa voice assistant and as such many of the skills available on that service. It is hardly surprising that Facebook wants to try and break into this market with estimates currently putting the market value at $6.7bn and a forecast of $23.5bn by 2023. Quite how popular the Portal devices will prove to be will remain to be seen, no doubt there will be many people who will be reluctant to add a Facebook product to their home in light of the misinformation scandal during the 2016 US presidential election. 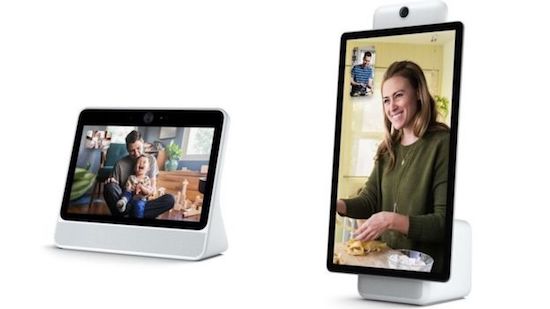 eBay has confirmed that customers are now able to use Apple Pay on its platform to pay for purchases. The chances of using Apple Pay to make a purchase on eBay are currently quite slim, as it would require a user searching eBay on their Apple device (with Apple Pay set up), then finding a listing out of the billions available on the platform from one of only a few thousand sellers currently opted in to eBay Managed Payments. However, it is an indication of mobile-focused payments payment options, meaning that Google Pay could well be on the cards too. eBay’s Managed Payments currently doesn’t support PayPal and won’t until summer next year.

Another important fact to note is that eBay has said that sellers will now be able to opt out of eBay Managed Payments. Initially, once a seller had opted in, eBay said that they wouldn’t be able to opt back out, however, it has now gone back on this and made opt out available.

Amazon has announced that it is to partner with Brazilian start-up CargoX to use bulletproof trucks for delivering high-value goods. Brazil is notorious for having security issues including gun crime and gangs, so it is taking this move to try and ensure the safe delivery of items. The high-value goods are likely to involve large electronics such as TVs which previously may have been targeted. Amazon is looking to increase its operations in Brazil, which is Latin America’s largest economy, six years after entering the market.

Amazon is really starting to push its private label business where it sells its own branded products or products with third-party brands that are sold exclusively on Amazon. Private label brands provide Amazon with better profit margins and also makes supply chain management easier and allows it to put more pressure on large brands to cut prices to stay competitive. Whilst this may be good for Amazon, it is likely to make things harder for both sellers and brands as it will mean competing with Amazon in more and more categories. Amazon first started with its private label business in 2009 with items such as batteries and USB cables, before expanding this to nappies and baby wipes and now it includes toys, shoes, food, mattresses and much more. A report by TJI Research has estimated Amazon’s private label business will generate $7.5bn in sales this year and $25bn by 2022.