Top 5 Marketplace Takeaways of the Week #4

Welcome to this week’s round-up we take a look at Amazon bringing Echo devices to more EU countries, Prime Video to BT TV and how the company is scaling in Japan.

Alexa to take on Italy & Spain 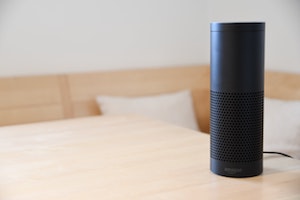 Amazon has announced that it plans to bring its smart assistant to Italy and Spain later this year. It will also be introducing its Echo devices as well as Alexa enabled third-party devices from Bose and Sonos. Whilst there is no exact date set yet for the introduction, Amazon has opened the Alexa kills Kit to developers in both countries as well as making the Alexa Voice Service developer preview available to hardware developers looking to build third-party devices using the assistant. Earlier this month Amazon launched Alexa/Echo devices in France, making it the 9th market on the list alongside the USA, Canada, UK, Australia, India, New Zealand, Germany, Japan & Ireland.

Google is one step ahead of Amazon in the respect as it has already added Italian support for Assistant and announced Home availability for Spain recently, as well as Denmark, Korea, Mexico, the Netherlands, Norway and Sweden.

Amazon is the place to be…

According to a new survey by Feedvisor 19% of Amazon professional merchants bring in more than $1m in sales, this is up from 10% in 2017. Professional sellers have to pay a monthly subscription fee and typically sell over 40 products a month. 3% of the merchants surveyed make more than $10m in sales, which is up from 1% last year. These stats show that more and more professional sellers on Amazon are becoming high-volume sellers and are riding the wave of Amazon’s success. Success for professional sellers isn’t just good news for them, it also makes good reading for Amazon, with it making $9.3bn in revenue from its sellers in Q1 of 2018, typically made up from commissions, fulfilment and shipping fees, up from $6.4bn for the same quarter last year. Having a large number of professional sellers on its platform also means that there are now more than 100m items in the USA which are Prime eligible!

Amazon vs Rakuten, rivals for the Japanese marketplace

Japan has expanded so much in recent years for Amazon that it is now the US company’s second largest international market by revenue, behind only Germany. Over the past 3 years, sales for Amazon in Japan have increased 44% to $12bn, prompting an investigation by Japan’s anti-monopoly watchdog. The Japan Fair Trade Commission is also looking into whether Amazon has been forcing suppliers to take the brunt of costs when it offers discounts on its online marketplace. Amazon’s largest rival in Japan, Rakuten, has also expanded rapidly in recent times into other areas such as financial technology, mobile phones and home-sharing. Rakuten is now looking to create its own logistics and delivery network within the next two years, as unlike Amazon, it had previously left warehouse and inventory management to retailers using the marketplace.

Amazon’s workers ‘refuse’ to build tech for US immigration

Some people who are working for Amazon have written to the company’s CEO, Jeff Bezos, protesting at the sale of facial recognition tools to police departments and government agencies. The workers behind the letter have cited the use of Amazon technology ‘by the US Department of Homeland Security and the Immigration and Customs Enforcement (ICE) agency’, both of which have been criticised for enforcing President Trump’s ‘zero tolerance’ policy which has seen parents separated from their children at the US border. In the letter, it has stated: “As ethically concerned Amazonians, we demand a choice in what we build and a say in how it is used.” The letter also refers to IBM and how its technology is claimed to have assisted the operation of concentration camps at Auschwitz and Treblinka during World War 2.

This letter from the workers follows a separate letter from 19 shareholders who have written to the CEO ‘urging him to halt the sale of facial recognition to police and government agencies’ as they worry that Amazon’s involvement could lead to driving down its value. 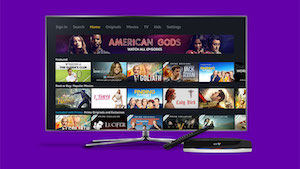 Amazon has launched its Prime Video service on BT TV, making BT the first major UK pay-TV provider to offer the service via its set-top box. As a result of the partnership, BT TV customers will have access to Prime Video’s vast collection of TV and movie content at the push of a button (however, they will still need a subscription to Prime to be able to watch any content). This move means that Amazon’s Prime Video service will be available to more customers and the recently acquired rights to Premier League football from the 2019/20 season will also be available through Prime Video on BT TV. Brett Ballbach, Business Development Director for Prime Video Europe has said: “we want Prime members to be able to watch all their favourite content when they want, on any device they want”, whilst content and business development director for BT’s consumer division, Tony Singh has added: “our ambition is to offer an unrivalled choice of TV content for our customers by partnering with the very best providers with Prime Video joining a brilliant line-up including BT Sport, Netflix, NOW TV and BBC iPlayer.”