Top 5 Marketplace Takeaways of the Week #8

Welcome to this week’s round-up where we take a look at Amazon’s updates to its Sponsored Products, Alibaba & Tencent’s talks to buy a stake in WPP, eBay’s revenue figures for Q2 of 2018 and more! 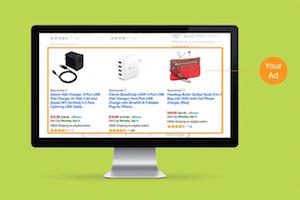 Amazon is looking at expanding its Sponsored Products outside of its own platform as it looks to close the gap on Google and Facebook in digital ad sales. Amazon plans to increase the available space for Sponsored Products significantly including letting brands run them across the internet and not just within Amazon owned properties. Currently the e-commerce giant is in talks with a number of top agencies and brands about participating in the test, delivering Sponsored Product ads to outside websites by retargeting consumers who visit Amazon. The Sponsored Products ads that appear off-site will lead people back to Amazon when a user clicks on them.

Sponsored Products make up the vast majority of Amazon’s search-based ad revenue, 88% according to a recent report from Merkle. It is also predicted that by 2020 Amazon will have leapfrogged Microsoft & Verizon’s Oath to become the No.3 digital ad seller in the US.

eBay turns to its sellers for help

eBay has asked its sellers for help in building a product catalog as it launches its ‘Product Experts Program’ (PEP). The new program isn’t designed for casual sellers who are only selling a few items, instead eBay wants sellers with ‘deep expertise’ in 12 specific product areas. In its post eBay asked sellers to “pour your far-reaching product knowledge into eBay’s catalog & in return have the opportunity to help shape the future of the category’s structured data experience.” This invitation to help from eBay has received a mixed response from eBay sellers, with some asking how they would be compensated for giving up their time and resource whilst others have said it seems counter productive to give away knowledge and skills to eBay so others can become better at selling the same products.

Whether there will be a good level of participation in the new program will remain to be seen.

The parent firm of the eBay marketplace, eBay Inc. has revealed its report on the second quarter of 2018 which shows that its total revenue in the three months to the end of June was $2.6bn. The revenue for eBay Inc. which also owns a variety of other companies including Gumtree and StubHub was up 9% on an as-reported basis with its Gross Merchandise Volume (GMV) up 10% to $23.6bn. eBay Inc.’s marketplace platforms delivered $2.1bn of revenue and $22.6bn of GMV, which is the majority of the totals for the firm.

Can Alexa respond to gestures as well as voices?

The answer is yes (sort of). Developer Abhishek Singh has created an app which allows Amazon Alexa to respond to sign language. The app uses a camera-based system to identify gestures and interpret them as text and speech, Mr Singh has said that future home devices should ‘be designed to be inclusive for deaf users.’ Voice assistants and smart speaker usage is on the rise and a study by Smart Audio Report has suggested that adoption of smart speakers has outstripped that of smartphones and tablets in the US.

Smart speakers pose a number of problems for deaf users, not least the fact that they will struggle to hear the device’s responses. Speech recognition is also rarely able to pick up the rhythms of deaf users as they talk. Mr Singh’s system works by connecting his video/sign language recognition system to Google’s text-to-speech software which can read the words aloud, the Echo device reacts and its response is automatically transcribed by the computer into text for the user to read. This system involves the use of a laptop or pc and as such is a bit of a workaround, however, Mr Singh has said “there’s no reason that Amazon Show, or any of the camera and screen based voice assistants, couldn’t build this functionality right in.”

We think this is a great possibility for those who suffer with poor hearing or deafness to still be able to utilise the power of voice assistants.

Alibaba & Tencent eyeing up the next deal

Two of the biggest names in China’s tech industry, Alibaba Group and Tencent Holdings are in talks to buy a stake in the Chinese operations of WPP Group. News of the talks broke on Sky News this week, with the firms in early-stage discussions about buying roughly 20% stake in WPP Group. It is expected that WPP Group’s Chinese operations will be valued at between $2bn and $2.5bn and that Alibaba, Tencent and China Media Capital Holdings (CMC) would all acquire roughly equal shareholdings, with WPP Group retaining majority ownership and control. As the talks are in the early stages there is a real possibility that it could fall through and no deal takes place, especially given some of the complications involved including the dual role of Ruigang Li (a WPP non-executive director and also founder of CMC) and the intense rivalry in previous years between Alibaba & Tencent.