Find out what Amazon’s doing this holiday season

Welcome to this week’s round-up where we take a look at Rakuten partnering up with Seiyu, Souq-Amazon Boycott, eBay’s early Christmas deals and more!

Rakuten partnering with Seiyu to start an online grocery service

Rakuten, a Japanese online retail company, and Seiyu, Supermarket owned by Walmart, have decided to partner up with each other to launch an online grocery service with intent to compete with Amazon by combining the strengths of the two companies. The two companies have stated that there will be about 20,000 products available on the site to purchase, taken from the Seiyu range of products. This will include some fresh food.

Orders that are made on the site are planned to be fulfilled from stores which will restrict the service to ~16 Japanese suburbs. This shouldn’t be the case for too long as they are opening a warehouse near Tokyo to help supply orders.

The two companies plan to offer free delivery on orders over a limit, not yet specified, with paid delivery for $4 when below that free delivery threshold.

The anger which has caused the Souq-Amazon boycott has been brought upon by a post in The Washington Post. As Bezos owns Amazon, Souq and The Washington Post, the boycott was directed towards Amazon and Souq because the apps are able to be deleted on their phones etc making it easier to boycott.

The post which has drawn anger from Saudis is regarding the coverage of the kingdom after it’s recent events.

It is slated that this is becoming a ‘Media War’. This is based on their acknowledgement that they don’t have power abroad but they are able to do something, that being boycotting. Saudi journalist with more than 100,000 followers on Twitter, and among the people calling for the boycott, Bandar Otyf, said:“If we affect even a portion of their business, we’re satisfied.”

Amazon isn’t used by many in Saudi Arabia, but Souq is quite popular as a more regional subsidiary.

We all love discounts and deals on our shopping, so sites like HotUKDeals are around to help serve that purpose. These sites share coupons/vouchers, discount codes and current deals for all sorts of online shops. These are found or shared by users on the sites.

HotUKDeals user ‘Chanchi32’ has found a discount code offering 20% off selected sellers. This code only lasts until the 9th November, so you need to act quick to make use of it! The code is PAYME20.

The code has a redemption limit of once per user with a minimum spend of £20. The maximum discount offered by this code is £80. As this is ’20% off selected sellers’, it might be useful to know which retailers are offering this discount, rest assured, there is something for everyone. As such, follow this link which has a list of the retailers accepting this offer.

Amazon has another competitor, this time based in the UK

Online marketplace, OnBuy.com, established in 2016, has had a large increase in its traffic and sales volumes recently. This could lead them to be another competitor for Amazon, one of its main purposes.

The site currently has year-to-date transactions up by 608% on 2017. The company said that, during one week in October, the sites visits were up 1,178% on the same period last year.  They owe some of their success to having partnerships with PayPal and HotUKDeals. These partnerships have aided in the exponential growth of the site along with improving the transaction process for sellers.

They are said to be the first in the UK for a couple of different things. One being, that they are a product marketplace able to offer PayPal directly, between PayPal and the seller since eBay. The other being their sales guarantee for their standard seller account holders. This guarantee allows for sellers to have their next month’s subscription fee waived if they make less than £500 in sales in a month; the first marketplace to offer a guarantee like that in the UK.

This could be a marketplace to keep an eye out for!

Amazon releasing a printed catalog for the first time

This holiday, Amazon is stirring things up by releasing its first ever printed holiday shopping catalog. This is a step for them to mimic traditional retailers.

This catalog is for toys only and titled “A Holiday of Play”. In a statement, Amazon said: “Amazon is excited to offer a new way for customers to shop for toys this holiday season.” It is said to contain around 70 pages along with QR codes for many of the products.

Potentially, this could be another one of their tactics towards getting more shoppers on the site over the holiday season, coinciding with their announcement of free shipping on most products over the holidays.

The book will be shipped to millions of customers whilst also being available at Amazon Bookstores and their 4-star locations. Let us know what you think if you receive one! 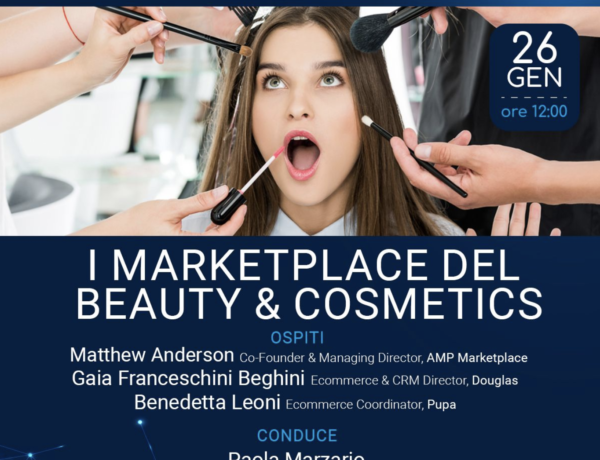 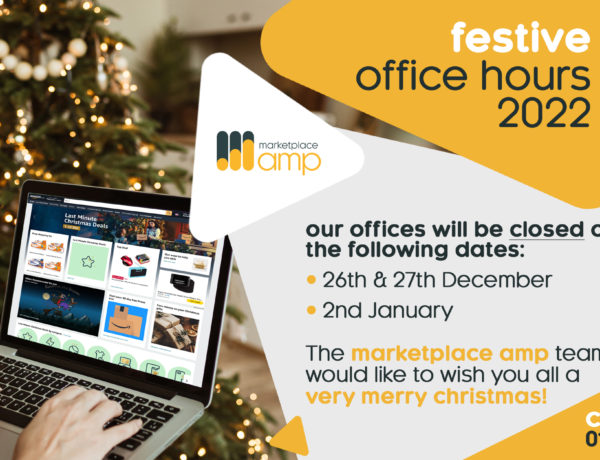 Merry Christmas from the AMP team! 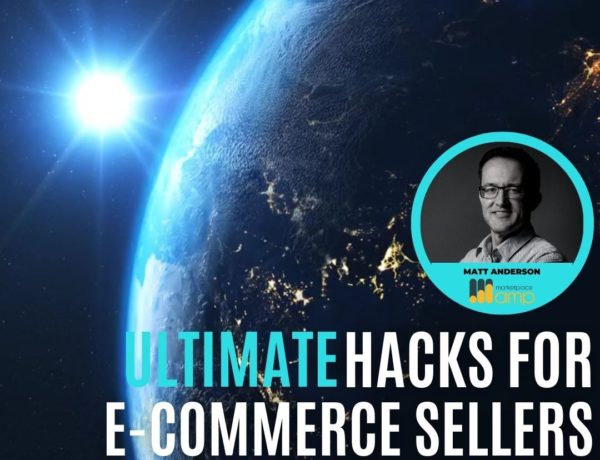 Join amp for exclusive E-commerce sellers hacks that you need for 2023!